About Us
Portfolio
Team
Resources
Pitch to Us
Careers 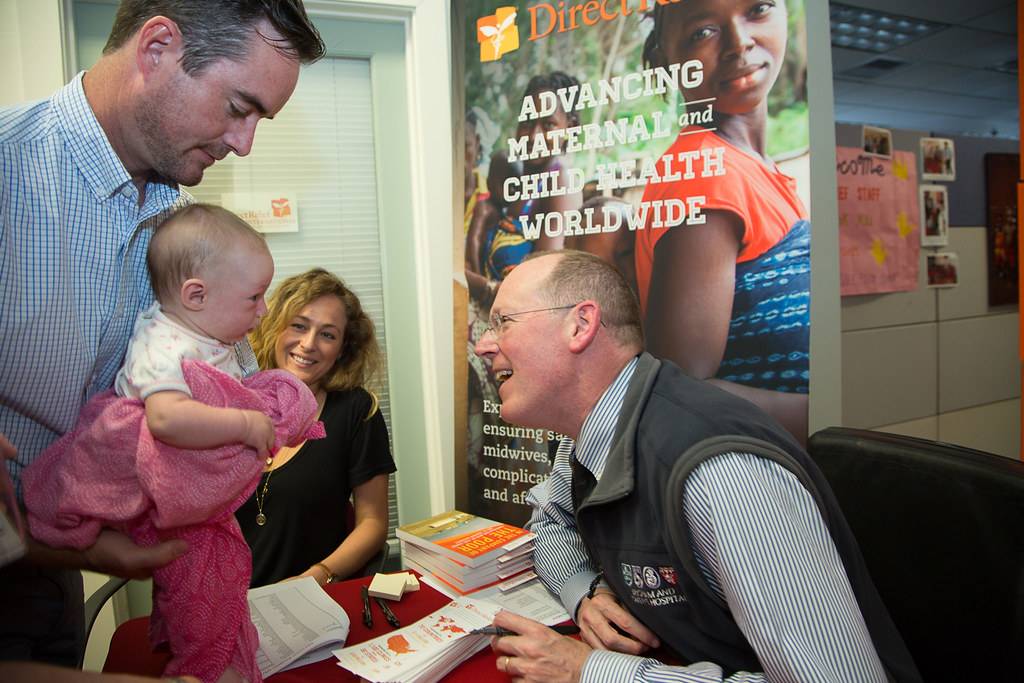 My mentor, Paul Farmer, died last month. You’ve likely already read that sentence; there are many who called Paul a mentor. He touched — indeed, saved — literally thousands of lives through his global health organization, Partners In Health, and he affected almost as many in his capacity as a scholar, a visionary, and as a friend.

So much has been said about Paul’s unwavering commitment to helping the world’s poor (he would literally walk miles to remote villages to deliver antiviral medications) and that work was so important that I hesitate to even try to speak to it. No blog post can do that work justice. But I want to talk about how he changed the way some of us think about the world — and about how to change it for the better.

And, importantly, how that vision can and should impact the venture community.

Along with his steadfast and strong moral compass, Paul had an almost superhuman clarity of vision. He saw the problem — the world’s poorest and most vulnerable have woefully inadequate access to health care that the rest of us take for granted — and was so tunneled in on finding its solution that everything else was just noise. It may sound simple, but his unwillingness to budge an inch from his objective made him a rare exception among most everyone else.

For any number of reasons, some more cynical than others, even the most compassionate among us can easily lose our grasp on our values, maybe without even noticing. This is a pervasive (and understandable!) human tendency. And because our systems and institutions are built by humans, this slipperiness of ethics scales along with those systems and institutions as they grow larger and more powerful. In some cases, there can be deadly consequences.

Paul saw these systems, warts and all, and even when he found them lacking or corrupt, he knew how to operate within them so as to follow his vision. He may have hated the system (he chafed at institutions like the World Health Organization that prioritized cost-effective approaches over those with the most impact), but like everything else, that was simply noise. If he wanted to save the lives he knew he could, he couldn’t get distracted by trying to dismantle the system.

And that commitment to ideals actually did change the system. Paul was constantly nudging it towards something better.

This is how he changed my thinking. I first met Paul when I was a medical student, just before Tracy Kidder’s Mountains Beyond Mountains was published. He introduced me to the value of working with others across silos in order to create tangible solutions.

And his words were always supported by action. In 2007, Paul went to Haiti where he and Dr. John Meara, a plastic surgeon who had also come to help, discussed how surgical care is both essential and inaccessible for the poor. Paul commented that surgical care had become the “neglected stepchild” of global health efforts, largely omitted from the discourse that shapes global health policies. This observation, like his many others, was then followed by action.

Working together, they started the Program in Global Surgery and Social change (PGSSC) which I later joined as a faculty member. Early in my time there, I heard someone say, “You can’t do it that way.” Paul’s response was then, as it always was, “Why not?” Bearing witness to that kind of unshakeable dedication has informed everything I’ve done since.

I became a surgeon because I wanted to help people. But through Paul I came to appreciate that wanting to help people isn’t enough. After working internationally with various government ministers, entrepreneurs, health systems and students, I have witnessed the need for the “ingredients” laid out in Partners in Health’s philosophy of health care delivery: Staff, Stuff, Space, and Systems. That is, it’s not just about wonderful people who want to deliver care globally, we have to solve the material and system issues required to support them. As such, we need entrepreneurs and innovators to build companies that can serve the material needs of healthcare globally.

Most recently, I’ve made a career shift to tackle the “stuff and systems” component of healthcare delivery, becoming an investor hell-bent on partnering with companies that truly want to make a positive impact on the world. In my capacity as an investor, I hope to create a model by which we can advance care and access through technology as well as measure and improve the impact we have. I know Paul would support this new role, as he believed that everyone needs to participate, together, in making this world better.

This kind of consciousness shift takes constant conscious reflection and action on the part of board members — and executives and employees at every level — to check in on how well their actions and decisions measure up to their values, both as individuals and as an organization. This sounds like a lot of rhetoric, but through Partners in Health, Paul Farmer showed us that it could be done. It’s not easy work, but it is the work required if we truly want to build better businesses, and in turn, a better world. It is also work that is born out of love, and the firm belief in the oneness of humankind.

One could argue — and I do — that there is no better group of people than venture capitalists when it comes to measuring, predicting, and modeling paths to material success. My goal is to apply those same skills and mindsets toward measuring, predicting, and modeling paths to ethical success. What are the data points that measure true impact? Lives improved, people fed, policies changed, jobs created, infrastructure developed or updated, and so forth. More importantly, how can we ensure our actions are coherent with and support our stated principles?

Consider this post an invitation to join me on a journey towards creating a better model for values-based business and impact investing. It starts with believing that all people are part of one human family, and that this reality is why we do everything we do. I’ll share more about mentors and peer-guides like Paul, who have inspired and informed my particular path and point of view. I’ll also give insight to my inner beliefs and experiences through stories about my patients, their parents, and plenty of other important humans who have something to tell about impact at the individual level and what it might look like at scale. Just as they invited me to be, and to do, better, let us do the same for one another.

Link to the Medium Article: https://surgeon.medium.com/what-paul-farmers-legacy-can-teach-venture-capital-179c15d189f9

Building the Future of
Healthcare Delivery